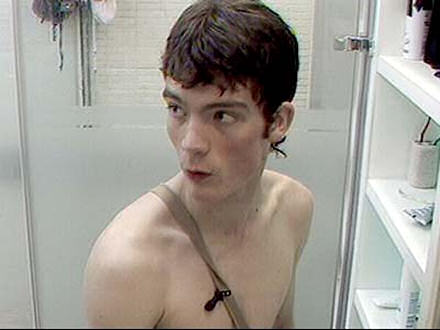 I have to say, I’m loving this series of Big Brother. I didn’t intend to get into this series, but … it just happened!

I watched the first show, watching the housemates enter the house, with our lovely next door neighbours, Ian and Yvonne, a couple of weekends ago, while Jane was away on one of her work-related jaunts. And then, well, I just kept watching it after that.

Back in the day, while we were living in Inverness, the first couple of series of BB were great. They were interesting and entertaining, and for a newly married couple they became sort of our surrogate friends in a way.

Then things got weird and Big Brother became the crazy, smack-head brother that you don’t talk about who’s locked away in some maximum security penitentiary. I guess. I didn’t enjoy those series, and so didn’t watch. After all, I can get any amount of contrived freakshows whenever I like, just by closing my eyes. Because, that’s how good my imagination is.

For example, just now when I closed my eyes I could see Godzilla dressed as George Formby, standing on top of an Aga cooker reciting the Highway Code to a room full of Stormtroopers from Star Wars, just before Simon Cowell from X-Factor walked in carrying a vacuum cleaner pretending to be Mr Stay Puft from Ghostbusters.

And that’s just the tip of the iceberg.

Anyway, this series of Big Brother looks fun. A better balance of fun and eccentricity, psychological observation and mind games. I’m delighted that Glyn is coming out of his shell a bit; disappointed that George walked today; and really pleased that Pete, who has Tourette’s Syndrome, is turning out to be one of the most normal and likeable people in the house!

I’m delighted that BB’s decision to put Pete into the house didn’t turn into the same disaster that befell Blue Peter after their decision to feature Joey Deacon on their show in the 1980s — in order to raise awareness amongst children that there was so much more to so-called disabled people than their outward physical appearance. That SO didn’t happen.

The very next day, if I remember correctly, almost every boy in every playground the length and breadth of every United Kingdom started to pick on the weaker, slightly smelly kid in the class in exactly the same manner: by pointing at the afore-mentioned weaker kid, placing their tongue in front of their teeth, smacking their wrists, and honking like geese while shouting “Joey!!”

Sorry, did I say “the very next day”? What I meant to write was “for the following twenty years…”!!

That was my genuine fear while I watched Pete — the second housemate to enter the house — burst into the BB house like a whirlwind. Bonnie (pronounced ‘Bonn-uh’) even asked him what he was on. As if BB would have allowed someone to get off their face on narcotics before entering the house!!

Big Brother: Twenty minutes until you go live on air.
Contestant: Okay, thanks for that. I’ve just got another line of crushed up Dequacaine lozenges to snort, and another jar of herion to ingest!
Big Brother: Okay dokey. You enjoy…!

It’s clearly not going to happen.

Contestant #1: How was your journey to The House in the limo?
Contestant #2: Limo?! I arrived in a spaceship from Planet Crack, pulled by giant orange giraffes…

But it seems clear to me that that is not going to happen: Pete isn’t going to be victimized and made a mockery of. (Comparisons to R2-D2 and Keyop from Battle of the Planets aside!) It is rather affirming just how many people, when interviewed, say how much they love Pete. How much of it is his nature, and how much of it is to do with his response to his condition, I don’t know. But it’s good to see that as a nation we’ve grown up a bit in the last twenty years or so, and a bit more accepting of people who are … whispers a bit different.

Besides, Russell Brand on Big Brother’s Big Mouth is arguably more bizarre and left-field that any of the housemates could ever be. And long may that remain.