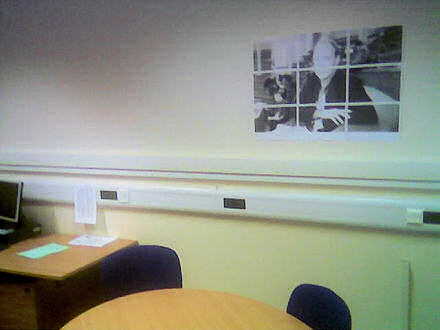 Our office is a very functional, boys’ office just now, with very little in terms of personalization or decoration. So I set about starting to change that this afternoon. But what kind of wall coverings should a couple of Information Architects / Web Managers have?

Steve started things off with a cycling calendar. We also managed to recover the white board which was removed from that room before it was carted off to the great landfill in the sky. But that’s back to functionality again, isn’t it. What to do? What to do?

And then it came to me. Like a eureka moment, during epiphany. Or something.

What we needed was a huge photograph of TBL overlooking our goings on, making sure that we were doing everything by the (online) book.

TBL: inventor of the World Wide Web; big cheese at the World Wide Web Consortium, aka W3C, and general all-round guardian angel of all things Webby and Standards-y. And he will be present at the www2006 conference I’m attending tomorrow in Edinburgh.

(In case you were wondering: I used the stand-alone, and free, Rasterbator application to convert the photograph to the 3 x 3 poster.)

For those of you who might care — and I have to say until the release of Microsoft Office 2003 I really didn’t — the Microsoft Office 2007 applications are now in Beta 2 and available for public download and testing. I truly detested every version of Microsoft Word until 2003. Somehow they managed to get it (mostly) right. And with the introduction of a completely redesigned GUI for Office 12, aka Office 2007, Microsoft will have either got it bang on, or so off the mark that it will spell the end of Microsoft Office’s market dominance. Maybe.

There is an official way to get to the downloads, that involves logging in with your Passport account, but then where is the fun in that? Some kind fella has, instead, listed all the download URLs and product keys on Digg. A lot of people have confirmed that the product keys are ‘static’, meaning that everyone who registers gets the same key.

Here are the products that I’m most interested in:

Check them out before they expire. Broadband most definitely required … Oh! and before you do, back up your important data. I installed the public beta of Microsoft Expression Web Designer the other night and it completely wiped out my Junk Mail Filter in Outlook 2003!!

Remember: Beta software isn’t for the faint-hearted. It may contain nuts. Cash equivalent not available. The Registry’s decision will be final. 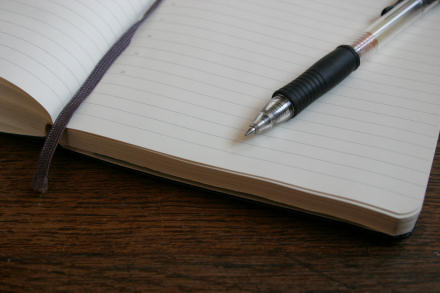 The general absence from blogging isn’t because I don’t believe in blogging any more, or because now that I’m working as an IT professional, working with websites all day I have no interest in blogging in the evening. It’s nothing like that.

The simple reason is that I’m working to a deadline on revising and updating the Teach Yourself Mahjong book for Hodder Education.

Last night I went through the book again and counted that I have nearly 45 updates to make, including writing two new chapters: one of the Chinese Official International Rules and one on Mahjong on the internet and computers.

More writing tonight … and then tomorrow I’m off to Edinburgh for the www2006 conference.