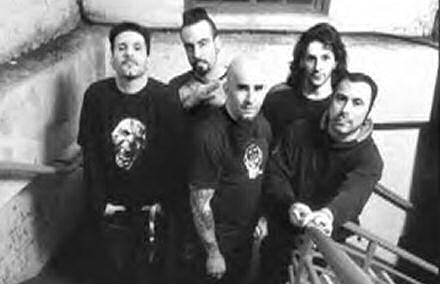 The last couple of days I’ve been listening to Anthrax‘s excellent The Greater of Two Evils CDs in the car on my way to and from work.

I love that album. It collects together a kind of greatest hits of the band, prior to 1993, when ex-Armoured Saint frontman John Bush joined the band and they released the incredible Sound of White Noise album. It’s a greatest hits with a difference. First the set list was chosen by the fans; second it has John Bush singing them … and I have to say that I love John Bush’s voice. It has a power and prescence that neither Joey Belladonna nor Neil Turbin had. When Anthrax parted company with Joey Belladonna in 1992 I wasn’t overly upset. I never thought that his voice was terribly well suited to Anthrax’s music. In fact, I might go as far as saying that I thought it held them back.

I remember hearing Anthrax’s first single with John Bush, Only. I bought it on cassette single (those were the days!) and played it over and over and over again, to and from college, down the back path from David Russell Hall to Melville. It was incredible!

I’ve seen Anthrax a couple of times live now. Both times in Glasgow, once at the Barrowland, once at the Garage. And each time they rocked! Two of the best gigs I’ve ever been too. The Garage concert, in particular, was memorable because of Scott Ian’s winding up the rest of the band with his on-stage banter, and then John Bush stage diving off the speaker stack into the crowd. Now that’s REAL Metal™!

So, when I heard that Anthrax were getting back together to celebrate their twentieth anniversary with the “classic” line-up of Joey Belladonna (vocals), Danny Spitz (guitar), Frank Bello (bass), Charlie Benante (drums) and Scott Ian (guitars) I was more than a little disappointed.

But what the fans want to know is … what has happened to Rob and John? Scott said in an interview ages ago that they are not out of the band.

ANTHRAX guitarist Scott Ian has rejected Internet rumors that vocalist John Bush has been kicked out of the group in favor of returning frontman Joey Belladonna.
(Source: Blabbermouth. Mar. 24, 2005)

But the almighty Wikipedia says this about the sorry affair:

In early 2005, Anthrax issued a press release stating that classic Among the Living lineup was reuniting. Anthrax has stated that John has not been fired, but with Joey Belladonna’s return and talk of a new album in the works, it is unclear if Bush will record with them again in the future.
(Source: Wikipedia)

I’m hoping that this is just some kind of metal mid-life crisis. They certainly have the lesser of two evils right now. Would the real Anthrax line-up please come to the information desk?

Glad that’s off my chest now…! 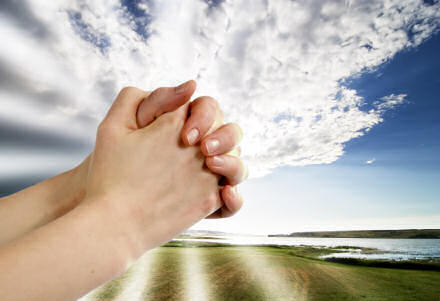 This evening I began re-organising my filing cabinet. I began by mind mapping the current contents of my four-drawer stack of organised chaos. And when I couldn’t take the excitement of that any longer I started clearing out my liturgy drawer. It’s amazing the stuff I kept thinking “that might come in handy some day…”. Things like old orders of service, or pew leaflets with hymns printed on them, and the numerous duplicate orders of service for Holy Week and Advent that have mounted up during the years.

In amongst the contents of a hanging file labelled “Prayer” I found six little pieces of paper (67 x 113 mm) held together with a paper-clip. I know for a fact these sheets were from a small pad bought at Thompson’s printers on the High Street in Selkirk many years ago, probably for about 10p. I wish I’d dated them, because the prayers on them, written with a pencil, are great. I’m guessing that I must have been eight or nine years old when I wrote them.

Here they are, in all their glory:

thank-you
lord god
for all the
gifts you
give us.
Like
bread, food, chairs,
and parents.
O thank you Lord

What an unusual collection of things to give thanks for. Is bread not food? Why are chairs so special? Why are parents mentioned only after bread, food and chairs?!

thank-you
lord god
for all the
doctors and
nurses for
helping us and
you who helps
us. O
thank-you
Lord

I’m hoping that thanking God “who helps us” wasn’t an after-thought!

thank-you
lord god
for keeping
us safe and
helthy by giving
us food and
drink. for giving
us mum, Dads and
teachers. O
thank-you
Lord

How many Dads did I think I had back then?! But then my (many) dads were given a capital letter, unlike my one ‘mum’.

thank-you
lord god
for us our brothers
and sisters and
pets. witch our
god made with
his two hands
and he made
the earth the
sun and other
planets too. O
thank-you
Lord.

At last: a full-stop! After all that thanking it was nice to see that I made room for a bit of creationist theology. Even if it did involve a witch!

It couldn’t last, the punctuation thing, could it. That was not so much a prayer as a tribute to e.e.cummings!

thank-you
lord god
for beds and
books and
nice homes to
live in with
windows and
doors cupboards
and chairs
O
thank-you
Lord.

I think the last bit was some kind of auditing system. All good prayer collections have them, you know! Nice to see chairs being mentioned again. It makes it sound as though my childhood home had less furniture than a swimming pool, or something from a Four Yorkshire Men sketch: “We were so poor when I were a lad, all we had in our house was a window, a door, a cupboard, and a chair! … I say ‘our house’, it was only a house that we read about in a book, while in bed. I say ‘bed’ it were no more than a hole in t’ road… etc.”

Still, lovely prayers none-the-less. I’ve submitted them for inclusion in the next revision of the Revised Common Lectionary collects for the Christian year. Here’s hoping…