This evening I discovered Google Trends.

Okay, so it’s not for comparing which is better, but it sure can be used that way. And can be a whole lot of fun! 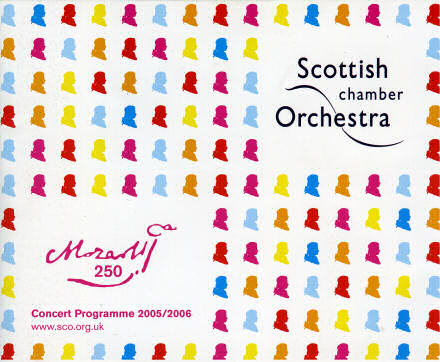 Last night Jane and I drove down to Edinburgh to hear the Scottish Chamber Orchestra and the SCO Chorus performing two of my favourite pieces of music by Mozart: Ave Verum Corpus K618 and Requiem. We left shortly after I arrived home from work, and got back very late, hence no blog post yesterday.

Ave Verum Corpus is a piece that I’ve performed with the National Youth Choir of Great Britain on numerous occasions. But I never tire of it. It always remains for me mystical and magical. And probably other words beginning with ‘m’.

Hail true body
born of Virgin Mary:
Truly suffering
in crucifixion for mankind:
From whose wounded side
flowed water and blood:
This we pray:
test us in Death

Last night as I sat in the Usher Hall in Edinburgh, listening to the SCO Chorus, memories of NYC courses and old and loved friends came rushing back, that brought a tear or two to my eyes.

The orchestra and chorus were conducted by Andrew Manze. I’m not going to pretend that I knew who he was; anything that I do know is gleaned from the biographical notes in the programme. But what I can say is that I warmed to him immensely during the one moment that he spoke with the audience, following the Ave Verum Corpus, introducting Eybler’s Symphony in D (c.1795).

Manze’s passion and enthusiam for Mozart and his (perhaps) protégé Eybler was infectious. He spoke with such warmth about Eybler, explaining his influence in Vienna following the death of Mozart and later Salieri, and the part he played in shaping the likes of Beethoven and Schubert. He brought their stories alive.

The performance of Symphony in D was, according to Manze, possibly its UK debut, and I loved it. It was a strong and courageous piece, bursting into life from the start, with echoes of the great Mozart (of course!), but also fun and lively.

An interval stood between Eybler and Mozart’s final piece: the mighty Requiem, that defeated him; he died before it was finished. That task was handed over to his student SÃ¼ssmayr by Mozart’s widow Constanze.

The last time I heard this requiem performed live was in St Andrews, in 1991 as part of the 200th anniversary remembrance of Mozart’s death. But then, if I remember correctly, it was set properly within the context of a Eucharist (Mass).

That it was performed in a concert hall, back-to-back, didn’t detract from its magnificence.

In other news: this weekend marks the 5th anniversary of the death of my dear friend Will Reynish. It felt somewhat fitting that I attended the requiem, as I remembered his love and friendship. He’d have loved that I’m back in St Andrews, where he was once a student too.