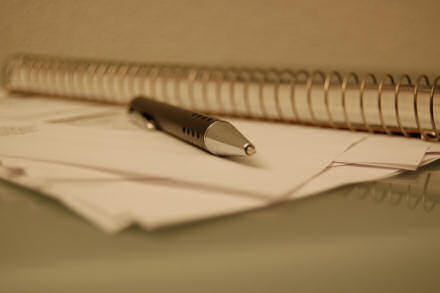 Yesterday was, and today will be, spent mostly writing. Typing, if you want to be pedantic. (I sense that in you today.)

The first thing I needed to do was finish my final clergy letter for the Church of the Good Shepherd’s monthly magazine. Not surprisingly this was the easiest letter yet. At least I had a focus! With previous letters I’ve seen myself slaving over a hot keyboard for the best part of a day (and not just a working day) trying to work out what to say. But yesterday it simply flowed and I managed to submit it on time. If by “on time” you understand to mean “a day late”.

Next up I started to look over the revisions needed on the late-David Pritchard’s excellent Teach Yourself Mahjong book.

Last October I received a telephone call from someone from Hodder Education asking if I’d have a look over the proposed amendments to the second edition of the Teach Yourself Mahjong title. I wrote a report and was paid handsomely. If by “handsomely” you understand to mean £40.00.

Tragically, however, the author, Mr David Pritchard died suddenly of a skull fracture after a fall, towards the end of last year. Hodder Education approached me a few weeks ago to ask if I would be interested in working on the manuscript to implement Mr Pritchard’s proposed amendments. I jumped at the chance and this week took receipt of the full manuscript in both A4 hard copy and electronic formats, and have had various conversations with someone at Hodder whom I have been jokingly referring to as “my publisher”.

It is a great priviledge to be working on this project, and I’m looking forward to getting my teeth into it. Just as soon as I’ve finished…

My final task for the Information and Communications Board of the Scottish Episcopal Church is to write the documentation on the website that I began for them.

In many ways working on that website has been great; in other ways it’s been terribly frustrating. Great because I love building websites; frustrating because I’ve just not had the time to do it justice, what with my other work and a few personal commitments.

I’ve said for a long time that the SEC website should be done either by a professional web development company (for which we need to pay commercial prices, and anything between £10,000 and £30,000 + VAT for what we need seems to me to be perfectly reasonable), or it should be done full-time by someone in-house — someone who understands both the SEC and the Web, and its various technologies. It simply does not do the website (or the Church for that matter) justice as a part-time venture, squeezed into an already tight working schedule and life.

That I haven’t finished the full site or documentation for it yet isn’t because I’ve not wanted to, it’s not that I’m not committed to either the Church or the Web, it’s because I have simply not had the time. But moving here (to Cellardyke), and setting up home as quickly as we have, and having such a wonderfully relaxing and pleasant working environment has meant that I’ve been able to devote a lot of time to working on writing up the documentation for the Website. If by “a lot of time” you understand to mean “between 4pm and 2am each day”.

That I lost the entire first draft of my WordPress manual in The Great Hard Drive Crash of September 2005 didn’t help matters. I was able to retrieve all the text from a backed-up PDF file, but then I’ve had to completely rewrite large chunks of the manual as it had begun life as a guide to WordPress 1.5, and we’re now using version 2.0.

2 thoughts on “The Write Stuff”