Before I head next door for a bath and bed, I thought that you might like to see a couple of views from our new house’s bedroom. 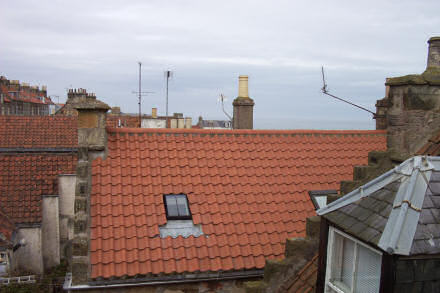 This is looking out of the bedroom (Velux) window out towards the Forth. You can’t see the sea very clearly on that photograph, but on a clear day — like today — it looks gorgeous, with the blue sky coming down to meet the sea. 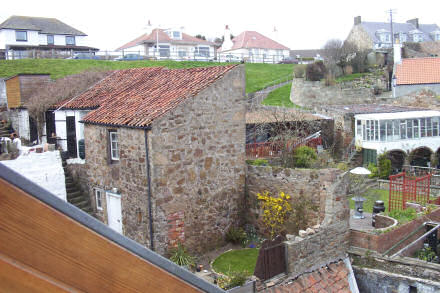 This is looking out of the same window, but up Toft Terrace. I get similar views from my study window. If I stand up. I do that quite a lot, luckily. 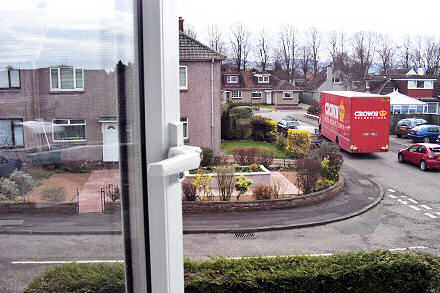