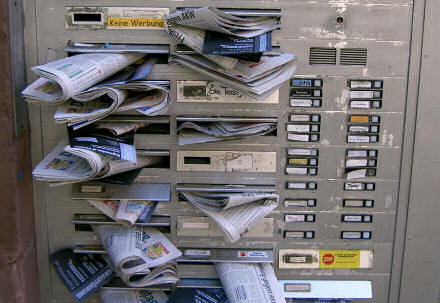 Isn’t spam becoming more intellectual these days. Back in the day it was all viagra and knocked-off Microsoft and Adobe software. These days it’s a couple of URLs and snippets from Gone with the Wind.

I received this message this morning, from someone whose spam engine wasn’t set up properly as it was addressed from [%from_name%] [[%from_email%]] and sent to [%to%].

By the time Scarlett had undressed and blown out the candle, her plan for tomorrow had worked itself out in every detail. It was a simple plan, for, with Gerald’s single mindedness of purpose, her eyes were centered on the goal and she thought only of the most direct steps by which to reach it.

Scarlett obeyed, bracing herself and catching firm hold of one of the bedposts. Mammy pulled and jerked vigorously and, as the tiny circumference of whalebone girdled waist grew smaller, a proud, fond look came into her eyes.

There was no one to tell Scarlett that her own personality, frighteningly vital though it was, was more attractive than any masquerade she might adopt. Had she been told, she would have been pleased but unbelieving. And the civilization of which she was a part would have been unbelieving too, for at no time, before or since, had so low a premium been placed on feminine naturalness.

As they neared the intersecting road that came down the thickly wooded hill from Mimosa and Fairhill, the sound of hooves and carriage wheels became plainer and clamorous feminine voices raised in pleasant dispute sounded from behind the screen of trees. Gerald, riding ahead, pulled up his horse and signed to Toby to stop the carriage where the two roads met.

Honestly, don’t stop there. What happened next? Damn those incomplete novel spammers!

Last week I received a spam email with the subject “Cleaner Terrorism”. Yeah, cos that’s what the world needs, that’s going to attract potential buyers for whatever it is you’re trying to promote in your spam message. “Oh, we could put up with all these threats of world terrorism … if only it was cleaner.”