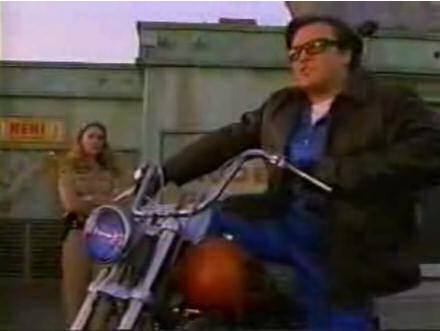 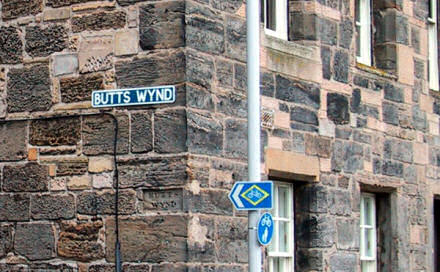 This morning I drove over to St Andrews for a meeting with my soon-to-be colleague, Dr Stephen Evans, and a meeting of the University Website Steering Group.

The drive over was fine, through typical Scottish driving rain and low mist as I drove over the hill from Upper Largo along the A915 towards St Andrews. I’ve never taken that road before, and my is it winding! (It is.)

I met Steve at the Business Improvements office on Butts Wynd, which runs between St Salvator’s Quad on one side and the Old Union Diner and the main Univeristy Library (which sits behind the BI building). This is where I’ll be based, so it was good to get my bearings and get a bit of a feel for the lie of the land, and meet a few people.

It was a good day. Obviously I can’t divulge anything that went on in the meetings, except to say that I didn’t realise that you could overclock a server CPU’s thermocouple diaphragm anywhere into the region of 2.85 Gigaflops.* But that’s what it’ll be like working at the cutting edge of Web technologies.

What was really helpful, apart from spending time getting to know Steve a little, was starting to get an overview of what is going on Web-wise at the University and where I’ll fit into the picture. It’s exciting; I’m looking forward to it, greatly. I feel that there will be parts of the job that I’ll can immediately offer my experience and knowledge and opinion, and aspects that will push me and challenge me, and areas where I’ll have to develop new skills and build on existing competencies. And that has to be a good thing.

The next time I drive home from St Andrews it will be towards a new home in Cellardyke.

(*By the way, all that stuff about thermocouple diaphragm whatnots: I just made it up. Well, I couldn’t just write nothing there!)

Did anyone else hear that item on BBC Radio 4’s Home Truths programme on Saturday morning, about the alphorn? It was one of the most magical moments on radio that I’ve ever heard.

Not only was the alphorn music quite hypnotic and calming, but the excitement and amazement in David Stafford’s voice was wonderful.

Here’s what the Home Truths’ website says about it: 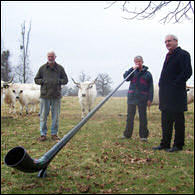 In 1982 Frances Jones was minding her own business holidaying in Switzerland when she found herself drawn inexorably to a Zurich music store by the scent of freshly carved pine and row upon row of Alphorns; coloured and carved, some no more than tiny toy horns, others laid long in their full 14 foot glory.

‘May I try one?’ she asked the proprietor. ‘Of course’. He replied. She just put her lips together and blew. It was a moment never to be forgotten.

David Stafford met Frances, in a field near Henley-Upon-Thames to hear about her love for the great instrument and to test its legendary power over cattle.

Seemingly Mozart’s father used to write music for alphorns. You learn something new every day.

You can listen to this item again; requires RealPlayer. 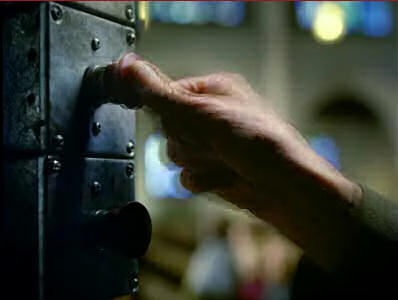 The post, and link refers to a new campaign by the United Church of Christ in the USA to promote “an online community where people can share their personal stories of how they felt unwanted or alienated by organized religion.”

The advert shows a church building equipped with ejector pews! You can download the advert too, in Flash Apple QuickTime or Windows Media formats.

There’s another advert showing a couple of bouncers at the door of the Church turning certain people away. It’s very well done, and gets you thinking.

I wonder how many of our Churches today would reject Jesus if he wandered in? Which raises all sorts of questions such as what is Church? What is Church not? From a fairly early age I bristled at the idea of turning up week after week in my “Sunday best”, as though going to church was the “respectible” and “social” thing to do.

For too long Churches appear to be demanding that if people want to come along and become a part of them they first need to behave in a particular way, which might lead to believing, and only then will they allow them to belong. Rather than allowing people simply first to belong, and in belonging they begin to learn what it means to believe, which then affects how they behave.

When I was growing up in Selkirk a few of my school friends started coming along to church each Sunday. They’d sit down the front (I was in the choir) wearing their rock/metal music and t-shirts and leather jackets and long hair. I was so appalled by the rude comments about their appearance that I grew my hair too — ah! those were the days when I could! — in part as a protest. I was seen as the young man who was going to become a priest and therefore I was acceptable. I wanted to see if I would still be acceptable if I had long hair and wore Metallica and Godflesh t-shirts.

I began to get the same sorts of negative comments about the length of my hair, but they weren’t quite as harsh … and then the comments to my friends began to lighten too. But it was a little too late as they had already began to leave, and then we all left for university anyway.

That’s how I saw it, anyway. What an opportunity we have in the Church to love people, unconditionally. And we end up worrying about the oddest of things that get in the way and make us act in the most unhospitable of ways.

I pray for forgiveness.