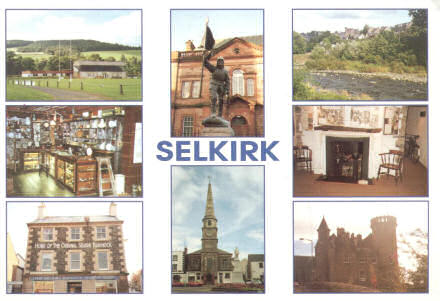 Mum is home now. In Selkirk, in case you hadn’t guessed. I got a text this morning from Jenni (sister) to say that Mum had been turfed out of her ward into another as they needed her bed. She was then picked up by her cousin and driven home.

Now, what Mum really needs is to rest. And not do any pastoral courses, or prayer days. Which is not to say that pastoral courses are a bad thing, or prayer days for that matter. But not yet. Not three days after a major operation. (I really hope Mum’s reading this!) But Mum was adamant that she’d see how she felt in the morning.

One reason that Mum really wants to go on the pastoral course is that she’s been told that if she doesn’t attend all the meetings then she’ll not get her certificate. Which makes me cross on two grounds.

First, how pastorally sensitive is that?! Mum is recovering from a major operation. It can take the best part of a week for the anaesthetic to leave her system, so I’ve been told. The last thing she needs is to feel pressured to attend a course just so that she can get her certificate at the end.

Which leads me to my second point: it annoys me that so often the Church (pick a denomination) fails to acknowledge the experience that someone has before they offer themselves for any kind of recognised Christian ministry (the dreaded ‘M-word’ that was banned at theological college). As though only things done or learned in the Church are valid, and that forty years of nursing, or social work, or insert list here doesn’t count. It’s only recently that the Scottish Episcopal Church has started to acknowledge someone’s previous career in the Red Book (the annual SEC directory). It’s a good start, but it seems to me that there’s a long way to go yet. I wish that the Churches’ structures wouldn’t disempower people quite as easily as they can.

So, tomorrow is going to be fun as I try to convince Mum to rest. I was going to go down to Selkirk today, but instead I went to bed, I was so exhausted. I’ll see how I feel tomorrow. Where have I heard that before?

4 thoughts on “Mum is back home”