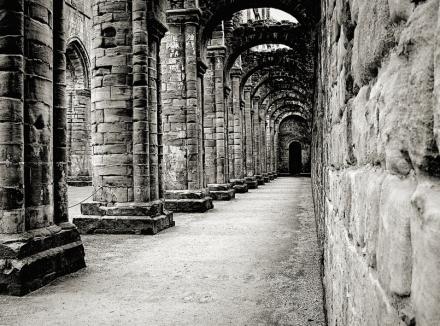 How I imagine the church looked in 1950.

What a superb find. While sorting through which books to keep and which to chuck I found this volume: The Churches in Scotland To-day: A Survey of Their Principles, Strength Work and Statements, by John Highet (Jackson Son & Company, Glasgow, 1950).

Here’s what it says about itself on the inside front dust cover:

This book is a survey of the position, work and mind of the Churches in Scotland. It begins with an account of the characteristics (of beliefs, and systems of government) which distinguish them from one another, and a review of their numerical strength… Dr Highet then turns to the question of what has been called ‘the retreat from religion’, and discussed this mainly in light of membership trends… There follows an account of what religious bodies are doing, for example, in evangelism, in church extension, in social service, in work for youth. Finally there is a review of the pronouncements of the Churches on contemporary, moral, social, political and economic issues.

The book is a fastinating snap-shot of where the Church in Scotland was 56 years ago. I’ve scanned the Scottish Episcopal Church sections, which you are free to download in PDF format, for which you will need Adobe Reader (or other PDF reading software).

Here’s how the section on the Scottish Episcopal Church goes:

Although the appropriate religious haven for members of the Anglican Church who take up residence in Scotland, the Scottish Episcopal Church does not appear to fill this role to the extent it deems desirable, primarily, it would seem, because of ignorance in England of its polity and principles, if not indeed of its existence.

Not much has changed there, then! Although, we’re probably known in the Church of England as the Anglican church that allows *whispers* homosexuals.

The editor of the Scottish Episcopal Church Year Book — the precursor to the current ‘Red Book’, which many still regard as a poor successor, as the Year Book was packed with articles and statistics and facts … and stuff! It was like the Big Boy’s Book of Church-y Things. Anyway, the editor of the Year Book had this to say:

Far too many Anglicans arrive north of the border without knowing of a sister Church at work there, with which they are at once in communion, and which provides services almost identical with those to which they are accustomed.

It has always been a matter of regret that so many, especially from England, have joined themselves in ignorance to the Presbyterian and Established Church in our land… It is hoped that skilfully directed publicity (without rancour) may be successful in damming this avoidable and unnecessary leakage.

To this end a new Church Society â€” The Companionship of St. Ninian and St. Aidan â€” was setup in 1947.

Because, that’s right, isn’t it. You can imagine all these English people arriving in Scotland for the first time, thinking, “If only there was a Church in full communion with the Worldwide Church of England. There is no way of me knowing, or indeed finding out. If only there was a The Companionship of St. Ninian and St. Aidan who could help me.

A good, user-friendly name. The Companionship of St. Ninian and St. Aidan — does exactly what it says on the tin!

Speaking of ‘tin’, in the article about “The Gospel in Action”, following mention of the Church’s five Eventide Homes and the Rescue Preventative Home for Girls and Women (?!) they mention:

In certain districts work among tinkers is undertaken.

There are clearly not enough church reports written these days that mention “tinkers”.

I’ll leave you with this snippet from a speech that the Primus (the title given to the lead Bishop in the Scottish Episcopal Church — we don’t have Archbishops) delivered during the prize day at Trinity College, Glenalmond on 27 July 1948. What do you imagine that he’s come to talk about? Is it about how much Jesus loves you? Is it about how well you’ve done in one of Scotland’s elite public schools, and one of the few associated with the Scottish Episcopal Church.

Presenting the prizes at the annual commemoration day ceremony at Trinity College, Glenalmond, on 27th July, 1948, the Primus declared (Glasgow Herald, 28.7.48): ‘I believe that the vocation of the public school is essentially to train our sons for the life of true Christian community. It is precisely because we Christians have failed in that first purpose of God in his Church, to build up the true community the world over, that there has sprung up into energetic activity that faction which is making its bid to capture the world for its own type of community â€” the Marxian brand of godless Communism.’

The whole report is a fascinating insight into the church and society of 1950 — a world away from today. It’s easy to poke fun at bits of it (see above for details) but I was quite excited when I read it. In some ways everything has changed, and in other ways nothing has changed. Which is probably a good balance.

Longtime readers will remember the Spong mincer advert I posted last November. While sorting through my bookcases this morning I came across the same volume again, Getting Married, published by the British Medical Association in 1972. (Which I still don’t understand, as my parents got married in 1968!)

Opening it randomly how delighted was I to discover this article and illustration: 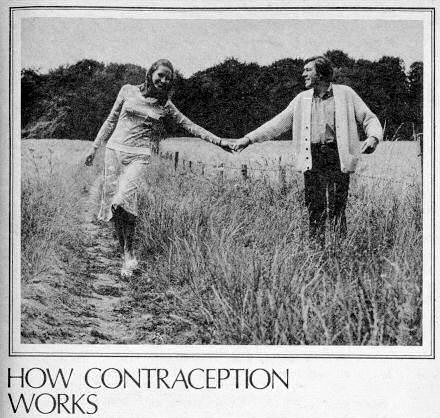 What The New Avengers got up to in between shoots.

Obviously that age-old myth that ladies get pregnant by holding hands with a young Gareth Hunt look-a-like is wrong, because this is an article about contraception — which is about how not to get pregnant.

Unless this is photographic proof that the advice contained in their article about contraception is so effective that the lady pictured (let’s call her Beryl) — that Beryl can hold hands with Gareth Hunt all day without fear of giving birth to a young Hunt nine months later. (If you’re reading this out loud, in a public place, say, be careful with that last sentence!)

I’ve not read the supporting article but I gather that a key aspect of effective contraception involves standing about four to five feet away from a lady. In a field. While wearing a cardigan. That should just about do it, I reckon. 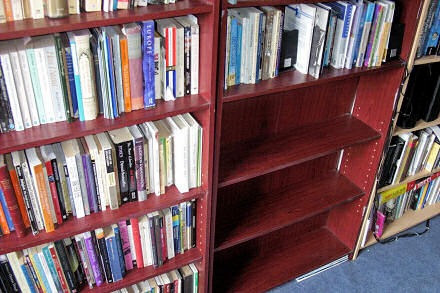