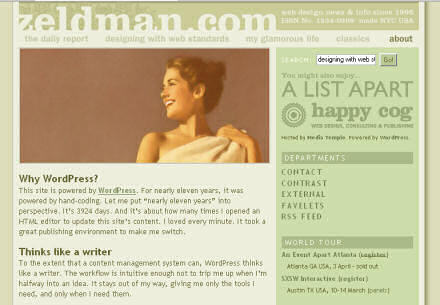 Long-time readers of this blog, and anyone who has ever spoken with me about web design over the last couple of years will know that I love WordPress, the Content Management System (CMS) that powers this blog. I’ve used it to power this site, the Scottish Episcopal Church website, the National Youth Choirs of Great Britain website, the exNYCgb website, and the soon-to-be-launched Sing Now! 2006 website.

You’ll also know (or suspect) that I’m a fan of Web Standards, and that Jeffrey Zeldman‘s book Designing with Web Standards (which is about to be published in a second edition) is one of the best, evangelical books about the use of Web Standards that I’ve ever read. (It’s a good, fun read too.)

Well, Mr Zeldman has just moved his site over to WordPress. What a great endorsement for a first-class, highly useable, and standards-compliant CMS.

UPDATE: WordPress 2.0.2 is out now, providing an important security update. 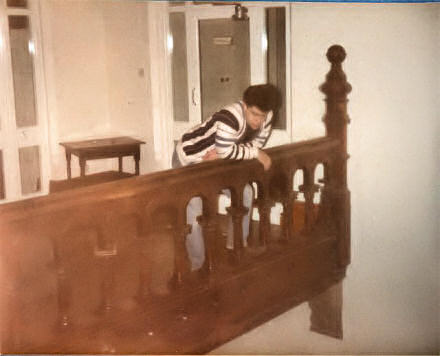 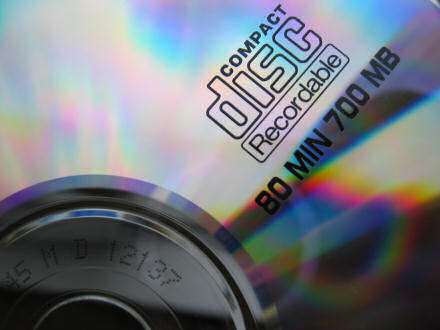 Why are you so shiny?

Isn’t it annoying when you’ve been in the car listening to a number of CDs, and when you quickly change discs you remove the disc and place it into the case of the CD you are about to play, promising that when you get home you’ll sort them out. But you forget.

I’ve just spent ten minutes standing at my CD bookcase pulling out a CD case, opening it, tutting, placing it back and pulling out the next case.

With Kerrang! TV failing to play anything heavier than Green Day I have to say that Terrorizer’s monthly platter of all things extreme and metal is a welcome addition to my CD collection. Not all of it is my cup of tea — or rather it is, as I don’t drink tea — but I do find a few gems now and then. Besides, it’s good to keep up with what is current in the world of wildly overdriven amplifiers and angry men shouting.