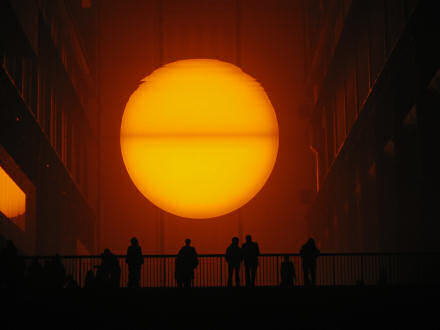 This photographs was taken at the Weather Project in the Tate Modern, London by amcloughli. Downloaded from stock.xchng.

They do say that you only just 10% of your brain — I’m sure we must only use about the same of most of our computer’s applications.

When I was first introduced to Microsoft Windows in 1995 it was on a PC running Windows 3.1. It was an Elonex 386 SX20, with a 20MB hard drive and — I think — 4MB of RAM, in our office, in a homeless hostel in London. On it we used two main programs: a word processing package called Lotus AmiPro 3.0 and, of course, Solitaire.

I loved Lotus AmiPro. It was the first proper WYSIWYG word processor that I’d ever used, that could also be used as a basic Desktop Publishing (DTP) package due to its cunning use of frames. It was quite revolutionary, so I’m told.

But my point is that I knew AmiPro inside-out and back-to-front. I’d read the Que guide from cover-to-cover and devoured most of the built-in help too. I knew how it worked, from basic editing, writing newsletters, compiling massive multi-file documents, to indexing, mail merge and even writing, editing and debugging macros.

I liked that about AmiPro; I liked that I knew it so thoroughly. There are very few applications that I can say that about these days: Microsoft Publisher 2000 is now probably the application with which I am most familiar. With so many more demands being made on my time in front of the computer (email, Web design, photo editing, MP3 playing, etc.) I, like most people I guess, usually use only the most immediate features of our most commonly-used applications. Most of the Microsoft Office applications install with the default setting that it only presents you with your most often used menu items, for example. (I always switch that off — I want to know everything that an application is offering, because that’s usually the way that I learn how to use more features.)

One of my main reasons for going back-to-basics on Project 2003 is that I want to use it in conjunction with another book that I’m reading just now: Web ReDesign 2.0 | Workflow That Works by Kelly Goto and Emily Cotler.

As I’ve taken on larger and larger Web projects I’ve begun to suspect that there are probably things that I could do more efficiently and effectively. And as we all know, there is no need to keep reinventing the wheel. Goto and Cotler present a fabulously well-thought out and worked-out method for any Website design or re-design, in five phases:

Part of the reason that I was moved to St Ninian’s from St Salvador’s was to free me up to concentrate on the Scottish Episcopal Church Website, which was thrown together quickly last June to get something up and running before General Synod 2005. There is a whole lot more to complete. I need a good workflow plan, and these two books are my first port of call.

I now just need to find the space to sit down at my desk and work through these two books. That my move to St Ninian’s now has me doing more services a week than when I was at St Salvador’s is neither here nor there!