Today is backups day when my My Documents, Graphics and Install partitions get backed up to DVD+R.

Do you need to back anything up? It doesn’t need to take long, just set it to backup to CD or DVD while you’re doing something else. And you don’t need any complicated or expensive software, I’m simply using the copy of Ahead Nero 6 that came with my CD writer. 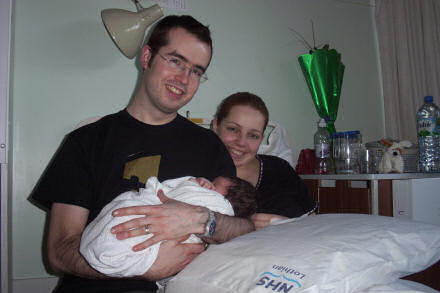 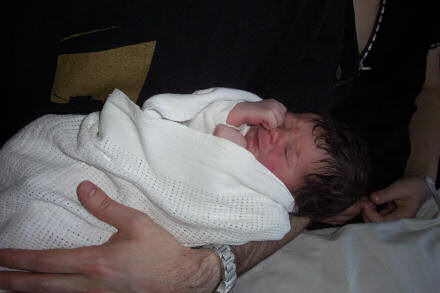 A close-up of the same, Owen Thomas Saunders, aged about 14 hours (plus 9 months and 3 weeks!)

… and uncle and auntie! 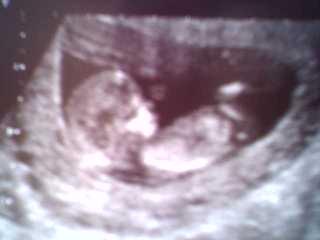