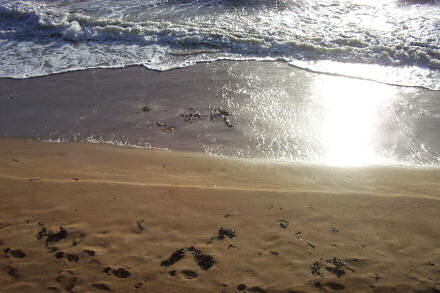 The tide about to turn at the beach on Elie, East Neuk of Fife, not far from Cellardyke.

Jane and I had a lovely night away at our cottage in Cellardyke. It’s amazing, time seems to pass more slowly there as we are hidden away from the usual demands of everyday life. We can’t be disturbed by telephone, and don’t have the information superhighway to whisk us off somewhere else at the speed of light (well, okay, 10Mbps).

I spent the evening sitting on the sofa reading a screenplay that my American cousin Zack had emailed me — it was really good, a page-turner — while Jane watched CSI: Crime Scene Investigation and CSI: NY on TV. We meant to take the Freeview digibox over to try, but I’m glad we didn’t. It was nice just to live more simply for 24 hours.

We slept soundly too and have returned to Edinburgh relaxed and thankful for our 24 hours of escape. We just needed the space, and were thankfully afforded it. On our way back we stopped at Elie — where Jane’s folks had a holiday cottage for years — and took a walk along a very windy beach, just as the tide was about to turn and go out again. It was beautiful. Here are a few pics: 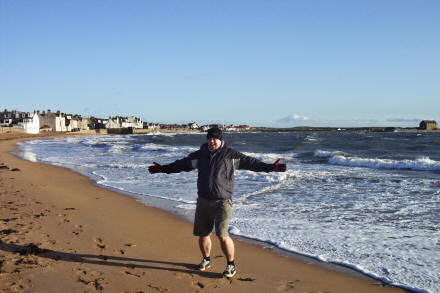 (Above) That’s me in the traditional dress for visiting a Scottish beach at any time of the year: coat, scarf and hat! You’ll notice that I’m not actually standing still, that’s because I was being blown around by the wind 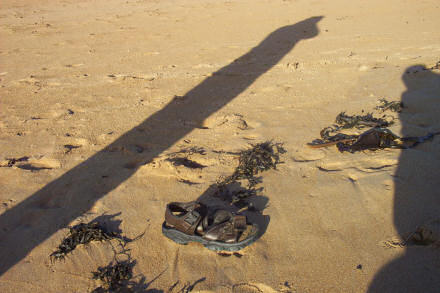 (Above) Further along the beach we stumbled upon a sandal that had lost its owner. 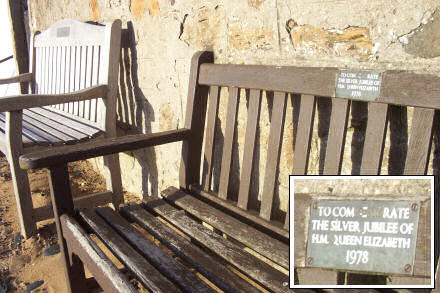 (Above) A bench with a plaque that reads

TO COMMEMORATE
THE SILVER JUBILEE OF
HM QUEEN ELIZABETH
1978

which is nice. Except that the Queen’s Silver Jubilee happened in 1977! 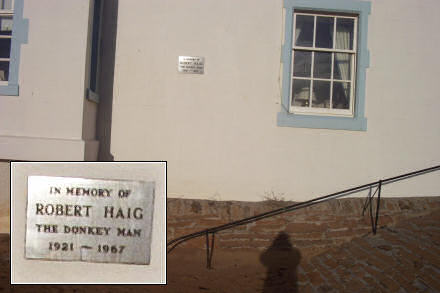 (Above) Not far from the bench is a silver plaque on the wall of a house that reads:

I’m hoping that “The Donkey Man” wasn’t just a bloke that gave kids rides up and down the sands on the back of an ass (Equus asinus). I’m imagining that he was some kind of local hero who would turn into half-man-half-donkey and fight crime in the East Neuk of Fife. Or that he was like the Elephant Man, only hairier.

But I’m likely wrong. I’ve been wrong on this sort of thing before.