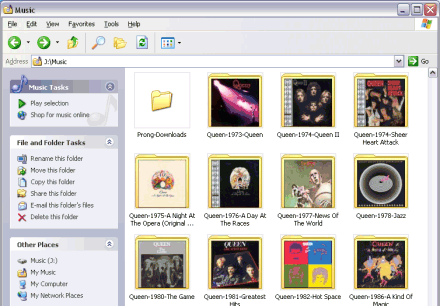 Now my Queen album MP3s are easier to find than when they were all in yellow folders.

Here’s something cool that I didn’t know until today — and me that knows everything! hehe ;): if you place an image file in a folder in Windows XP and rename the image file folder.jpg and then view the parent folder in Thumbnails view each folder shows the image file in the middle of the large yellow folder icon. Which is great for quickly finding music folders, for example. (See screenshot above.) 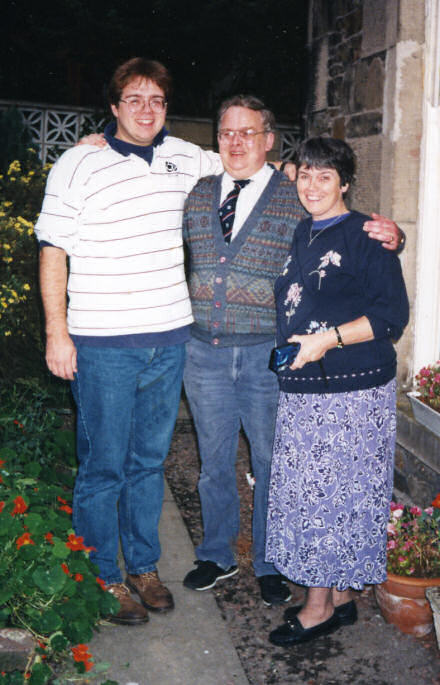 Me with my Mum and Dad, taken outside our house in Selkirk, probably around 1996

Here’s what I wrote in my journal — no blogs in those days — eight years ago today:

0:41 Dad is notably worse and we’re back on shifts. He is going into rigor â€” where he shakes due to infection. His temp is about 102Â°F. I cried quite a bit this evening, and said my goodbyes to Dad; I told him that I love him, that he’d been a good Dad and that I’ll miss him. It was important to me that I did that.

Mum came through [to the living room] and said that she thought that I ought to come. I went next door to see Dad take his last few breaths and he died at 23:50. We cried, prayed and then Eddie and I went up to see Jenni and bring her down in the car. Thankfully our friend James was in and he volunteered to look after Benjamin while Jenni came down with us to the house.

It’s [now] 3:34am and I’m just into bed. The next few days are going to be busy with funeral arrangements, returning medical equipment, telling people, making phone calls, etc. Eddie and I need to make a trip up to Edinburgh to collect our suits. I’m too tired to think straight.

In some ways it feels like a hundred years ago, and in other ways it feels like yesterday. I wrote quite a bit in the weeks and months after that, about the grief process, an observation of how I was. I’ll publish it on my website some time once I’ve redesigned my site.

A really odd thing happened shortly after Dad died. I was at Edinburgh University at the time, studying for my M.Th. and while I was there I met with an old friend from my St Andrews days, Simon Shepherd. He invited me round to his flat in the Old Town one day. The instructions were simple: find so-and-so close (a ‘close’ in Scotland is like a narrow alley), round the back, up the stairs, ring the bell.

I found the right close, walked through and stopped dead in my tracks when I saw this graffiti sprayed on the white harling wall: 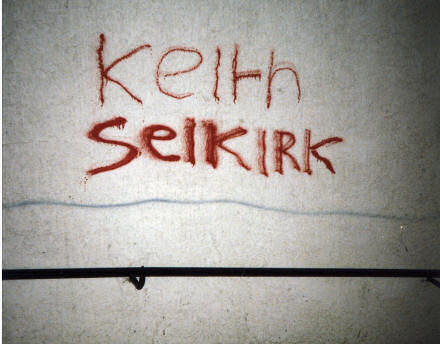 Two words: ‘Keith’ and ‘Selkirk’. My dad, Keith, had just died, in Selkirk.

To this day I have no idea what they meant, and why they were grafittied onto the wall of an Old Town close that led to the flat of an old friend of mine from St Andrews. I’m just glad I had my camera on me. 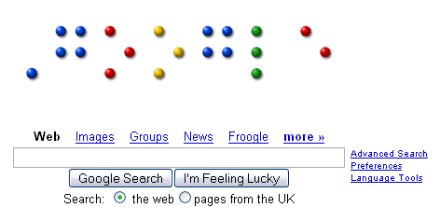 Today is the birthday of Louis Braille, inventor of … well, braille! So as a tribute Google have replaced their usual logo with one written in braille.

To enable web users with accessibility issues to know of what the images are, all web images are recommended to include in the code a description of the image. It is this description (or “alternative text”) that screen reader software reads out to those who can’t see the images themselves.

A picture of the Braille letters spelling out “Google.” Happy Birthday Louis Braille!

While sighted viewers can see that it is a word writtein in a Braille font, and when they hover their mouse over the image it simply says “Happy Birthday Louis Braille!”, which is the title that this image has been given.

The archive of Google Holiday Logos is quite fun. Download Braille fonts. 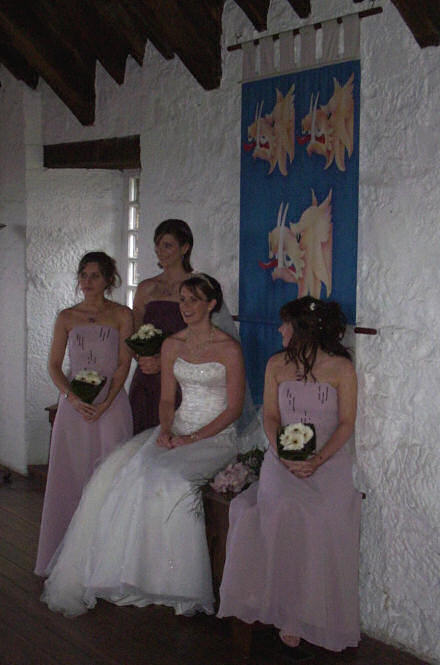 I’ve just discovered that I can copy all the photos from the internal memory of Jane’s digital camera onto an MMC card. (It’s only taken me about 5 years to discover that!)

I’ve found some photos from Jane’s sister Susan’s wedding last August, including the one above, which at the time I said would forever be called “The bride with three warthogs”. 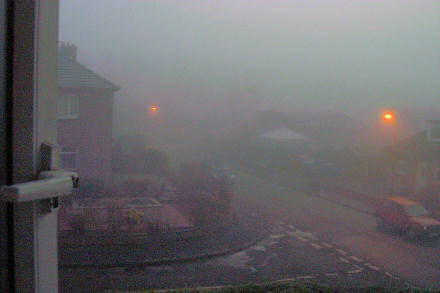 It’s been a freezy, foggy kind of a day here in Edinburgh. I went out to church this morning at 10:30 this morning only to discover that not only was the car still frozen, everything else was too. It was -3°C.

And it’s been much the same all day. ForecastFox has told me all day that the temperature has fluctuated between -2°C and -3°C. Although it’s also told me that it’s raining. Which is itsn’t. It’s just foggy.

Jane is still out there. So I’ve placed a candle in the window … and I’ll just have to wait until Captain Ahab gets home before I … oops! wrong blog.