The logo of the WWW2006 conference to be held in Edinburgh in May — and one of the things I’m looking forward to in 2006.

Well, that’s almost another year done (2005 for those of you not paying attention) and typically Australia get to 2006 before us. Again.

The year of our Lord two-thousand and five has been a funny year in many ways. We’ve had our share of ups and downs. We bought the house in Cellardyke in late-2004 and spent the first quarter of 2005 decorating and furnishing it, the second quarter enjoying it for ourselves, and the third and fourth quarters worrying about it as we let it out to visitors. That’s pretty much dominated our lives and bank balance this year.

I’m sure there’s loads more, but that’ll do for now. There’s some serious Scots comedy (Chewin’ the Fat) to watch on TV before cuddling up with my wife for the last time this year.

I’ve enjoyed sharing this year with you, lovely people of the Blogland region of the Internet. I’ll see you next year! x

ps I’m pleased to say that I managed to get my new menu bar (above) working before the year was out. I was keen to give it ‘sticky’ tab-like buttons, and the PHP script was much easier than I’d feared. I’ll share that with you all sometime. There will be much coding to be done next year, but I’ll enjoy that. 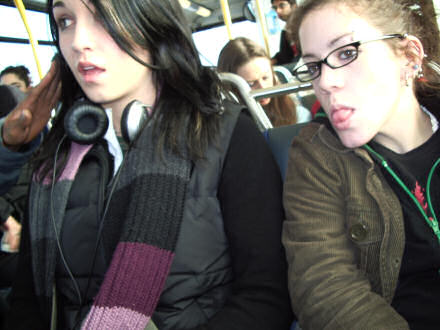