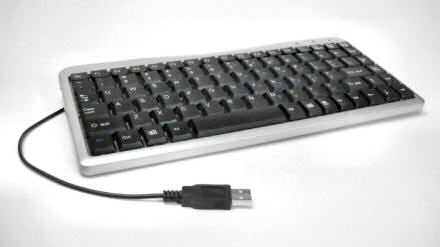 I’ve been meaning to write a blog post about why I blog for ages, since I read Kelvin Holdsworth‘s post entitled How to Blog on October 12.

While my earliest blog entry here is dated Monday, June 9th, 2003, looking back through archived copies of my website I discovered that what I could consider my first ‘blog’ entry was on the “news” section of my website and dated Tuesday, 03 July 2001.

Although that wasn’t actually my first. In those days I deleted previous posts and kept the news page up-to-date and fast-loading (these were the days before broadband, remember). I’d been posting news items on it since at least early 2001. Tuesday, 03 July 2001’s post was simply my last surviving post before I re-wrote my website. Here’s what I had to say:

Well summer is here — supposedly. It is raining today. Looking forward to a fortnight’s holiday, though we won’t be going anywhere as Jane’s holiday time was cancelled by her work at the last minute. 🙁 We are looking to take a week’s break with friends at the end of August.

At the end of February we took a week’s break at the Santana Hotel in Malta. Seven days of sun (a bit of rain), and temperatures around 16Â° C. We’ll publish our photos when we get them back from the chemist. [We didn’t have a digital camera then.]

Jane is still working as a Care Worker at Beechwood House (a Church of Scotland Alcohol Rehabilitation Unit) here in Inverness. She is also studying for a diploma in Alcohol and Drug Studies from the University of Paisley. This is a distance-learning course over the internet.

Gareth: I am working as a priest within the congregation of St Andrew’s Cathedral in Inverness, and have been “serving my title” here since August 1999.

This last year we were involved with the x-stream youth event run by Youth For Christ (YFC) and am heading-up the worship band.

I blogged before it was called “blogging”; in those days it was just news. I blogged then because we lived far from friends and family and it was nice to be able to keep them up to date with our goings on. I suppose it’s much the same these days, but the internet has grown so much since, and grown faster, and the conversation can now be two-way via blog comments. I love that you can comment on people’s blogs — I love that people comment on mine.

There are two tips on Kelvin’s article How to Blog that have stuck in my head these last couple of months since reading it:

I go through phases of how much courage I have to post about personal stuff because of the feedback I’ve had from some posts I’ve made. (My posts usually focus on technology, or music, or anything™ during those periods.)

Because this year, more than any previous, I’ve had quite a bit of what can only be described as “hate mail” about posts I’ve made; some emails and one real letter. Some really quite upsetting. One person who was upset with something that I’d written told me that I was a horrible person, ill-suited to church work and it came as no surprise to them to learn that I was having difficulty securing a permanent post.

My father-in-law, a Church of Scotland clergyman, was speaking with someone who said “Do you know, there’s a clergyman in Scotland somewhere who is blogging about fertility!”
“Really?!” said F-i-L, “I wonder who that could be?”

I’m often surprised — but often also delighted — by the number of church-related people who say that they’ve read my blog: bishops, deans, other priests and deacons, members of congregations, or that they were having a conversation with someone about my blog. I was delighted when Bishop David became the first blogging bishop of the SEC.

I was reading recently about how the internet has blown apart the marketplace. In the ye olde days before the Web the marketplace was dominated by companies who were the experts in their fields. If you wanted something, you went to them for information and advice. They advised you and you bought their product. But these days, in this information age, the marketplace is so incredibly networked that the consumers now often know more about the marketplace and the products than the manufacturers.

An example: I like the look of the Vox AD50VT guitar amp. Years ago I would have gone to my local music store and asked their advice. I may even have seen a review in a guitar magazine.

These days, however, I can read people’s reviews of this amp at Harmony Central, I can download the user-manual from the Vox website, I can post a question on the alt.guitar.amps newsgroup (as I did, and I got 15 replies).

So that I can now step through the doors at the local Guitar store with the facts and figures at my finger-tips. I can check out the actual product knowing that Dave in Texas had problems with a dodgy input jack socket, or that Richard in London has been gigging this amp wonderfully for months and the only problem he’s had is that the DI Line Out is rubbish, it bypasses the valve anyway, and that it sounds best mic’ed-up.

In this culture of broken social relationships with automated telephone helplines, and visits to Tesco without having to speak to a single person, people trust people more than people trust companies these days. There is something healthy in there somewhere. Rather than alienating people, the internet daily brings together millions of people. And that we’re still talking and listening to one another is to be praised. There is hope for us, still.

There is power in blogging, but then hasn’t the pen always been mightier than the sword?