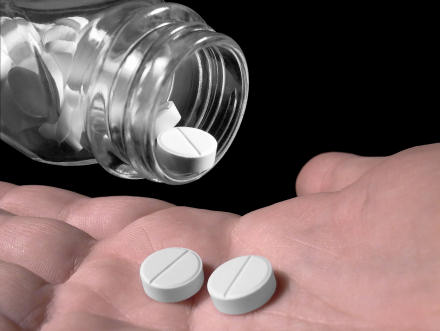 One to be taken three times a day … but there wasn’t a photo with just one. (Photo from stock.xchng.)

I’ve been prescribed Prochlorperazine which according to the Drug Digest website:

Sounds … like a delightful drug. I was told that it would help with the dizziness. And now obviously also with my latent psychological and mental disorders!

I’ve been told to take things easy for a week and get as much rest and sleep as I can. Good timing! Well done me.