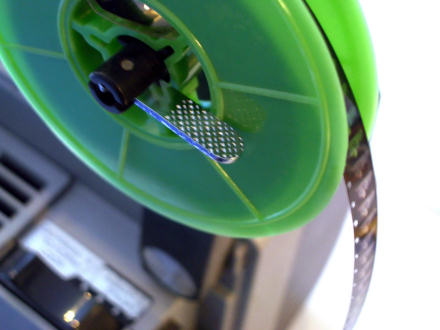 This is shocking news!

Potentially dark times are looming for the historic Cameo Cinema in Edinburgh, Scotland. After nearly one hundred years of standing as an authentic forum for the visual arts, as well as being a primary venue for the longest-running film festival in the world (EIFF), the Cameo’s historic screens are in peril.

It would appear that there are plans afoot for the independent, arthouse Cameo Cinema in the Tollcross area of Edinburgh to be closed, to reopen as a bar/restaurant with small private screening capabilities:

The development would include the conversion of the 250-seat Screen 1, currently unaltered from its historic 1914 orientation, into a large bar area with levelled flooring, gallery eating area above the screen and kitchen facilities. The current bar is to be converted into a small, 31-seat venue with screen for “private corporate hire”.

“I really love the cinema, I’ve been coming here all my life. I think it’s a real asset to the city and a big part of its culture.” (Ewen Bremner)

There is a protest website Save the Cameo which, you will not be surprised to learn, is a little cross about the plans:

The proposed conversion of the Cameo would be a great historical, cultural, and artistic loss not only for its local patrons, but, indeed, for the world…

More is at stake in this development than the walls and seats; it would be an attack on an aesthetic and cultural philosophy which, though steadily disappearring from the world at large, was housed safely within the doors of the Cameo.

Join the cause: Save the Cameo.

The development would include the conversion of the 250-seat Screen 1, currently unaltered from its historic 1914 orientation, into a large bar area with levelled flooring, gallery eating area above the screen and kitchen facilities. The current bar is to be converted into a small, 31-seat venue with screen for “private corporate hire”.

Efforts are being taken to convince Historic Scotland that The Cameo deserves historic status, effectively protecting the historic auditorium from these types of changes.

Now, this isn’t an example of a “why does everything have to change?!” rant. I thoroughly agree with those others who’ve complained. In a world that is becoming more and more homogenous, High Streets are become cloned, and corporations are monopolizing the entertainment ‘industry’ genuine, home-grown culture is being destroyed.

I love the Cameo. I don’t go often enough, but I did when I lived in Marchmont (just 15 minutes walk from the Cameo). I love that they screen the kind of films that you wouldn’t be likely to see at your local Odeon, Vue or Cineworld (formerly UGC Cinemas). Tonight, for example they are showing:

I’ve seen some great films there, that I wouldn’t have had the opportunity of seeing prior to them going to VHS or DVD. My favourite was Metallica’s Some Kind of Monster — cos that’s the kind of un-arty-film metalhead that I am. Sorry!