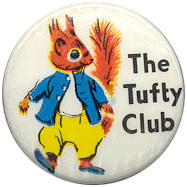 The one time that I really get to read the newspaper is while we’re driving somewhere. Well, okay, while Jane is driving somewhere. Yesterday, while journeying to Cellardyke, I was surprised to read this article: Stray dog killed by gang of hungry squirrels by Margaret Neighbour. (When I needed a neighbour, were you there? No, I was being maulled by squirrels.)

A gang of bloodthirsty squirrels have attacked and killed a large stray dog in a park in eastern Russia, it was reported yesterday.

Starvation caused by a severe pine cone shortage was blamed for pushing the black squirrels to extreme measures.

That’s quite a leap, from nibbling on pine cones to killing a dog and eating it. Until you read it again and realise that these were no ordinary squirrels. They weren’t the red or grey squirrels that you get in the UK, but elite, black ninja squirrels!

“They literally gutted the dog,” Anastasia Trubitsina, a journalist, said. “When they saw the men, they scattered in different directions, taking pieces of their kill away with them.”

I hope they looked both ways before crossing any roads.

Local people said there had been no pine cones this year in nearby woodland and one man blamed this for the squirrels’ aggressive behaviour.

“The little beasts are agitated because they have nothing to eat,” he added.

A good theory, but if these really were ninja squirrels then I’m not so sure with one man‘s diagnosis. I went in search of further proof. If I could prove that this is the kind of activities that ninjas take part in then it wouldn’t be too difficult to conclude that these were indeed specially trained ninja squirrels.

I didn’t have to go far. Typing ‘ninja’ into Google UK the first link is to a site called “Real Ultimate Power: The Official Ninja Webpage“.

Wow! Not just any ninja-related website. But the official ninja webpage. That has to be an authority on what ninjas are like. I read on with eagerness:

Hi, this site is all about ninjas, REAL NINJAS. This site is awesome. My name is Robert and I can’t stop thinking about ninjas. These guys are cool; and by cool, I mean totally sweet.

I’m not surprised that he can’t stop thinking about ninjas, he runs the world authority website about all things ninja. It’s like it’s almost his job to be obsessed with ninjas. And well, quite frankly, if he’s not then perhaps he ought to think about passing on the web building role to someone with a little more commitment.

These three facts fascinated me. Facts that seemed somewhat familiar: mammals, fighting mammals at that, that flip out and kill other mammals. I read on:

Ninjas can kill anyone they want! Ninjas cut off heads ALL the time and don’t even think twice about it. These guys are so crazy and awesome that they flip out ALL the time. I heard that there was this ninja who was eating at a diner. And when some dude dropped a spoon the ninja killed the whole town. My friend Mark said that he saw a ninja totally uppercut some kid just because the kid opened a window.

I don’t think that I need to go on. I think that’s proof enough: Tufty’s Russian cousins are dangerous and efficient ninja squirrel killing machines.