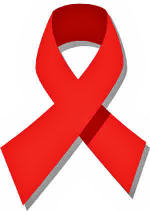 World AIDS Day is now in its 18th year. The first international health day was initiated following a unique summit of health ministers who met in London in January 1988. They realised that a united global effort was required to halt the spread of HIV and AIDS. The first theme was ‘Join the Worldwide Effort’.

There are now young adults who have always lived in a world where there is fear of HIV and AIDS. Though, having just written that, I’m not certain that ‘fear’ is the right word. According to the World AIDS Day website “infection rates [are] continuing to rise in the UK” which would suggest that people have an ‘it-won’t-happen-to-me’ mentality about HIV.

I remember when Queen singer Freddie Mercury died on 24 November 1991, having announced publicly the day before that he had AIDS. I was at St Andrews in my third year. I cried when the video for These Are The Days Of Our Lives was played on TV.

These Are The Days Of Our Lives

Words and Music: Queen. (From the album Innuendo.)

I still love you 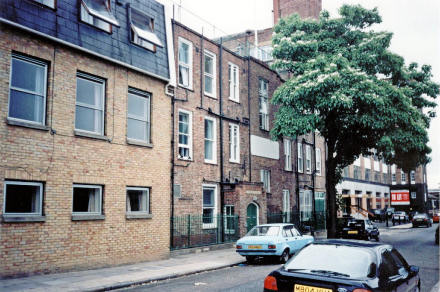 Lena Fox House, Bermondsey, London. Photograph taken in 1996 while it was a homeless hostel for young people (16-26 years) run by The Shaftesbury Society.

This week has had a bit of a Lena Fox House (above) theme, as my former deputy manager, Dave Gibbs, was staying with us on Saturday and Sunday nights, and today former administrator and AGW/GWs David and Bev Meldrum are coming to visit.

Lena Fox House (LFH) was a homeless hostel run by The Shaftesbury Society between 1996 and .. erm, whenever it closed (early-2000s?). LFH was a long-stay hostel for young people aged between 16 and 26 offering accommodation, support and life-skills training to help people move into longer-term accommodation on their own. I loved working there, and loved the people I worked with and alongside.

When Dave Meldrum came for interview I was on shift. Our manager, Bob Bailey, came into the shift office to tell us about the interviews that would be happening that day and he laughed as he said,

“Gareth, there’s someone coming down from Scotland for an interview … you’ll probably know him hahaha what with you being from Scotland too.”

“Hahaha,” laughed Bob. (He might have said ‘hehehe’, I can’t quite remember from this distance.)

Fast-forward to lunchtime and while we were sitting around the table in the main lounge the doorbell buzzer sounded. Wandering through to the entrance hall, which was only the next room, I opened the door. It was David Meldrum.

That people were surprised might be an understatement. “Scotland’s not that big a place,” I explained “We know everybody!”

In truth, David was in the year below me at St Andrew’s University (The University of Scotland™) and so I’d seen him about for three years at various events (CU, Christian Music and Drama Society, etc.) and while he was taking a few classes at St Mary’s College, the Divinity School (then a Faculty).

David got the job, met Bev there and they were married a few years later. David is now a Church of England priest in St Stephen’s, Wandsworth in the Diocese of Southwark. They have a blog called The Meldrums.

And given that they’re coming round mid-morning, and it is now nearly 10:45 I’d better go and have a shower and get dressed! We had planned to take a trip over to see the house in Fife, not sure that’s such a good idea now. It may bring back bad memories of hostel riots.

One of my favourite Firefox extensions is Autofill 0.2, a plugin that highlights form fields and allows you to fill them in automatically at the press of a toolbar button. But AutoFill 0.2 only supports Firefox up to version 1.0.x. An alternative is the Google Toolbar for Firefox, but the AutoFill function there isn’t quite so comprehensive.

Some kind gentleman (L.A.R. Grizzly) has fixed the Autofill 0.2 Firefox extension for me, after I’d posted that for some reason I couldn’t get the update-hack method to work for me. This version now works in Firefox 1.5 but still requires a bit of manual hacking to get it to work. This involves editing the prefs.js file in \Application Data\Mozilla\Profiles.

You’ve got to love the internet for this worldwide community support of one another. I also noticed that the website that L.A.R. Grizzly posted the fix onto is for a Church of God congregation in Ohio, USA. 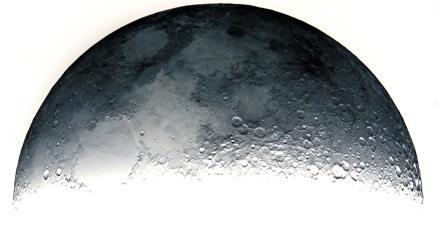 The Earth’s Moon. (Photograph from Stock.Xchng, negative image by Gareth.)

I’ve been burning the midnight oil catching up with emails. And I still have over 30 to reply to. I sometimes think that I’d feel far more productive if I didn’t use email, and everyone just used instant messenger or the telephone. Imagine!

Still, I managed to clear my In Tray. Most of it into piles on the floor.