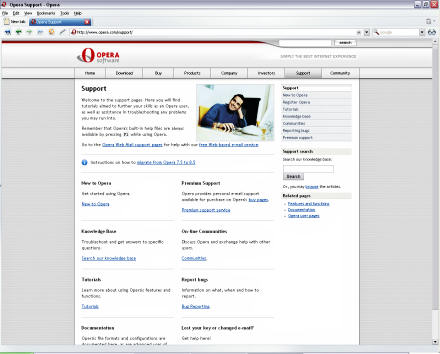 Opera 9 is now in Preview release. This is the version before it goes Beta, so it’s likely that there will be some bugs. I’ve just installed it to a separate directory to Opera 8.

There have been quite a few updates since version 8 (as you’d expect from a major upgrade!).

It’s nice to see that Opera is finally having confidence in itself, as one of the changes since version 8 is “Changed default UserAgent string to identify as Opera”. It used to identify itself to servers as Internet Explorer. Which is clearly wasn’t!

It also appears to open much, much quicker than version 8, which isn’t itself particularly slow.