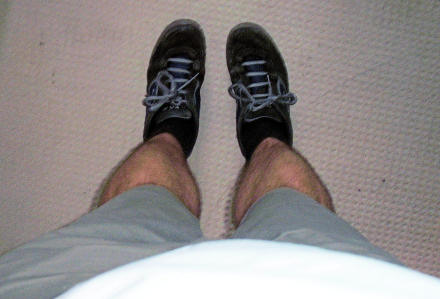 It’s 12 November and I’m still in my shorts. For two reasons:

If you think about it, the Scots invented shorts. Well, alright, technically it was the kilt that they invented, but I reckon that the original brief given to the tailor was for shorts.

But he was a lazy tailor, who not only failed to cut the cloth into leg shapes and stitch them together, but because he was so cold he just wrapped another seven and a half yards of tweed around his unsuspecting customer’s waist. It was like The Emperor’s New Clothes, but in a colder climate.

That’s what I think, anyway!