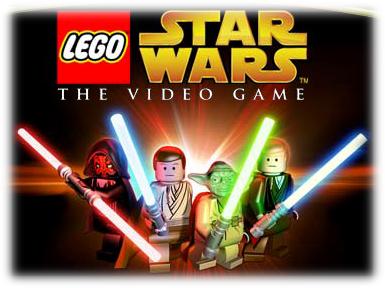 What more do I have to say? As a child, I spent more hours than I could possibly imagine playing with Lego, Star Wars figures, and my trusty old computer, then a Commodore 64. Now someone has had the pleasant idea of stitching these three items together to produce Lego® Star Wars: The Video Game.

I downloaded the demo this afternoon (a cool 203 MB) and installed it. It is truly a wonder of nature. I also witnessed my nephew, Benjamin, playing the same demo on his Playstation 2 this evening when we went down to visit him for his 10th birthday.

I’ve already completed the first level. It’s almost as addictive as Star Wars Battlefront. Oh… and they’ve just announced that they are currently developing Battlefront 2. I feel like a kid again. Now, where did I put my box of Lego®?