They say that bad luck comes in threes.

(1) This morning I stumbled out of bed and cracked the little toe on my left foot against the foot of the bed. Man, that hurts! I may have pulled the nail off … there was certainly a lot of blood. I don’t fancy looking at it just now. I’ll continue to hobble around.

(2) Jane managed to get last minute tickets for the Scotland v Italy rugby match at Murrayfield … for free! I said that I’d give her a lift into Murrayfield where she was meeting our brother-in-law, Paul. My car wouldn’t start. Jane caught the bus. I phoned my garage — could I phone back on Monday and book then, please? I phoned the RAC — they arrived in 30 minutes and told me that my battery was old and crap and dead. I’d need a new one.

I’m exhausted. Yesterday was like some kind of Guinness Book of Records attempt to build as much Ikea furniture as we could. What a day! What with having twelve pieces of furniture to assemble (which we managed in about 11 hours), Jane accidentally stabbing me in the palm with a metal piece of bed frame, and my having dropped the fridge in the Currys car park, moments after we’d just bought it, it was at times a rather tense and stressful day.

However, we managed it, and this is what it looked like at about 11pm last night: 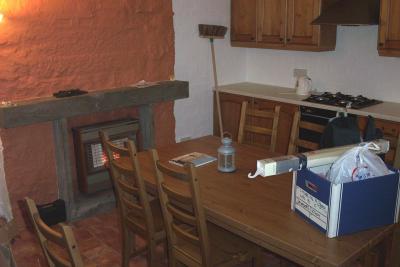 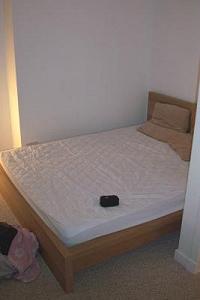 Main bedroom with Malm bed … could make it the Malm bedroom, in that case 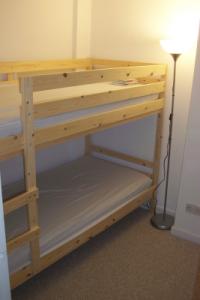 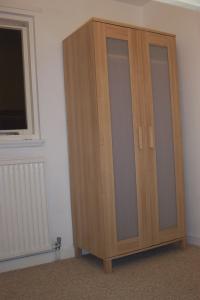 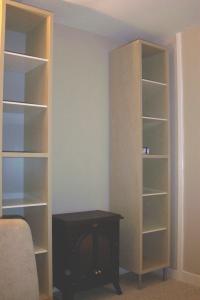 Magiker shelves in the living room

Perhaps the next time we visit we can even stay overnight. Guests welcome, of course… sign up here.

An interesting story in today’s PC Pro email newsletter about a difference of opinion:

Open-source has gained so much momentum of late that one might ask where all the developers needed for these new projects are coming from.

Microsoft’s Nick McGrath, head of platform strategy for Microsoft in the UK recently told us that despite many big commercial companies now professing their commitment to Linux and open-source in general, the likes of IBM have just ‘handfuls’ of developers working in the arena.

He said this had doubled in the course of a couple of years and that overall there were 8,000 to 9,000 IBM employees working on the company’s Linux strategy.

A case of Microsoft saying what they hoped was true, rather than reflecting what is actually the case, I fear. As a fan of open-source software I feel encouraged that such giant corporations, such as IBM, are so committed to open-source projects.

When I discovered MSN Messenger my experience of the internet changed. I felt connected. I could have instant conversations with my friends, albeit that I had to type everything.

This evening I installed Skype — my username is garethjmsaunders — as my friend Kelvin and I have been considering using it for online voice conference calls for the Information & Communication Board of the Scottish Episcopal Church.

In a nutshell, this program allows you to make FREE voice calls to other Skype users. (And only in a consumer society can we believe that our calls are free when we are using a £1,000 PC, a £35pm broadband internet connection and who knows how much electricity!!) The technology is called Voice-over-Internet-Protocol, or VoIP for short. Skype will allow you to make calls to traditional landline and mobile telephones, but you need to buy credits first to unlock this feature.

So, Kelvin called me. The quality was great, with a better frequency range than an ordinary telephone. There was a very slight delay but nothing terribly noticable (except when we sang Frère Jacque to test this out!) I really want my other friends to install this now. How exciting is this?!

There are a number of other VoIP services, including ones that give you a real telephone number, even though it simply connects to your PC wherever you may be (I am the Lord of the Dance said … oh, sorry I got distracted). A virtual telephone number, if you like. My online friend uses Sipgate (www.sipgate.co.uk) , while Kelvin uses Voipfone (www.voipfone.co.uk). I must investigate this further.

Tomorrow morning Jane and I are going to drive a Ford Transit full of furniture to Cellardyke. Assuming that the snow doesn’t scupper our plans.

I picked up a hire van this afternoon and following a spot of tea (pasta with chicken in a honey and mustard sauce, thanks for asking) Jane and I drove to Currys at Hermiston Gait to pick up a fridge I’d bought there on Monday evening.

Currys was closed. The big wendys! They’d closed the store at 6pm because of the snow. We Brits don’t do snow very well. There was hardly an inch of the stuff, and most of that was melting. So we’ll have to go there on our way to Cellardyke tomorrow morning.

Ikea, however, was very open. And it was like a ghost town — admittedly one where all the inhabitants lived in a giant open-plan town that is encased in a huge warehouse — but there was hardly anyone there. It was great! We bought a dining table, six dining chairs, a kingsize bed, a bunkbed, 3 mattresses, 2 shelving units and a pair of curtains.

And here’s the crunch: we were offered 10% off if we opened an Ikea Homecard account. Sure, we said … that would be about £100 discount. I went to move the van while Jane signed up. When I returned we were told that “computer says no!” Our credit check was refused … something about them not understanding what a ‘tied house’ is. Hoorah! Discrimination on account of my job. So, I had to hand over my Switch card and forego our tasty discount.

And THAT had to go through a credit check too! “What’s the first and third letters of your security password?” the assistant asked.
“Which one?” I said. I have two: one for telephone banking, one for online banking.
“Dunno,” he said.
I had a guess, and got it wrong. I had another guess and thankfully this time it went through. I’ve not had to use that since 1998. Good memory! Whew!

So, tomorrow we drive to Cellardyke and I build Ikea furniture. All day. But it will be SO worth it. We’ve looked forward to this day for months; it was July 2004 we put in the offer on the house.