I’ve been tidying up my study this evening and I discovered the A4 poster for the 1982-83 IEE Faraday Lecture that my dad, Keith J. Saunders lectured, called The Photon Connection. 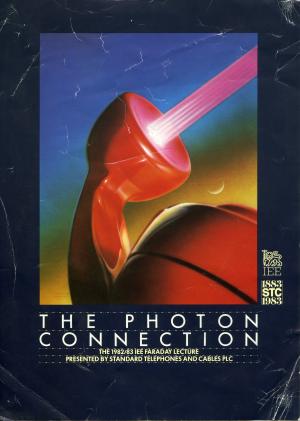 It was while doing the Faraday Lecture that Dad collapsed with a brain haemorrhage, on the Ides of March, 15 March 1983. Apparently, he was being interviewed by the BBC in Nottingham shortly after having delivered the lecture, when he collapsed and was shortly after rushed to hospital. And thus began a fifteen year illness.

I’ve also got his original script, which one day I’ll scan and post on this site. It’s great…! Hertz was a German who wore a peaked cap! (That one was for Griff!)